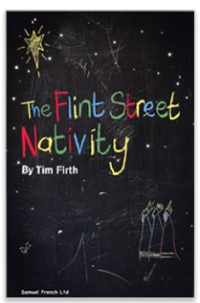 It's Nativity play time at Flint Street School and Missiz Horrocks' class of 7 year olds are busy getting ready for the performance for the proud mums and dads...and the odd social worker!

But...problems arise as Gabriel wants to play Mary, Herod won't stop waving at his mum and dad, Star is complaining as he's not a 'proper star like they have in NASA' and the Innkeeper seems determined to intimidate everyone. If that's not enough, their pet stick insect escapes!

This is a warm, witty and very funny play which depicts how children mirror their parents' behaviour. You'll find it an ideal alternative to the usual Christmas fare with very original lyrics set to familar tunes. It was originally performed to critical acclaim at the Liverpool Playhouse.