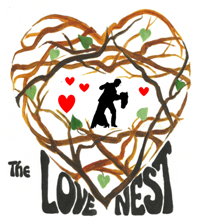 A tale of a mouse and a mother-in-law from hell!

It is early Summer in a small seaside town on the South Coast of England where Jack and Mary Longthorpe run their guest house.  David and Janet Thompson have just arrived and are looking forward to spending a week reminiscing and rekindling their love in the exact same place as they spent their honeymoon - thirty-two years ago!

Sounds perfect?.....Think again!  Firstly Janet's mother who moved in with them ten years ago, causing much disruption to say the least, has decided to come with them and ends up upsetting everyone, Then, it seems that David is being pursued by other women, including an amorous waitress, a frustrated newly-wed and a devoted admirer from the past!

If all that wasn't enough, there is a mouse on the loose and the Health Inspector is arriving at any time!

Will all be well?  Will true love win in the end?  Only Tyson, the mouse, knows the answer!

The author of 'The Love Nest', Raymond Hopkins, is donating his share of the proceeds to Multiple Sclerosis Research